On a drilling rig in the North Sea, Rosie Hutchins stood in the derrick.

The derrick is a tower-like framework that supports the hoisting equipment that raises and lowers drill pipe. Rosie was strapped into a harness on a platform in the derrick called the monkey board, a small area used for the roughnecks to stand to trip pipe. As a newly appointed roughneck, Rosie was tasked with placing stands of pipe to be made up and go down the hole.

Seventy-five feet below Rosie on the rig floor, the drill crew waited for her to complete her task. Rosie remembers thinking at the time that she did not want to let her crew down, or worse, drop the ninety-five foot stand of pipe across the derrick. 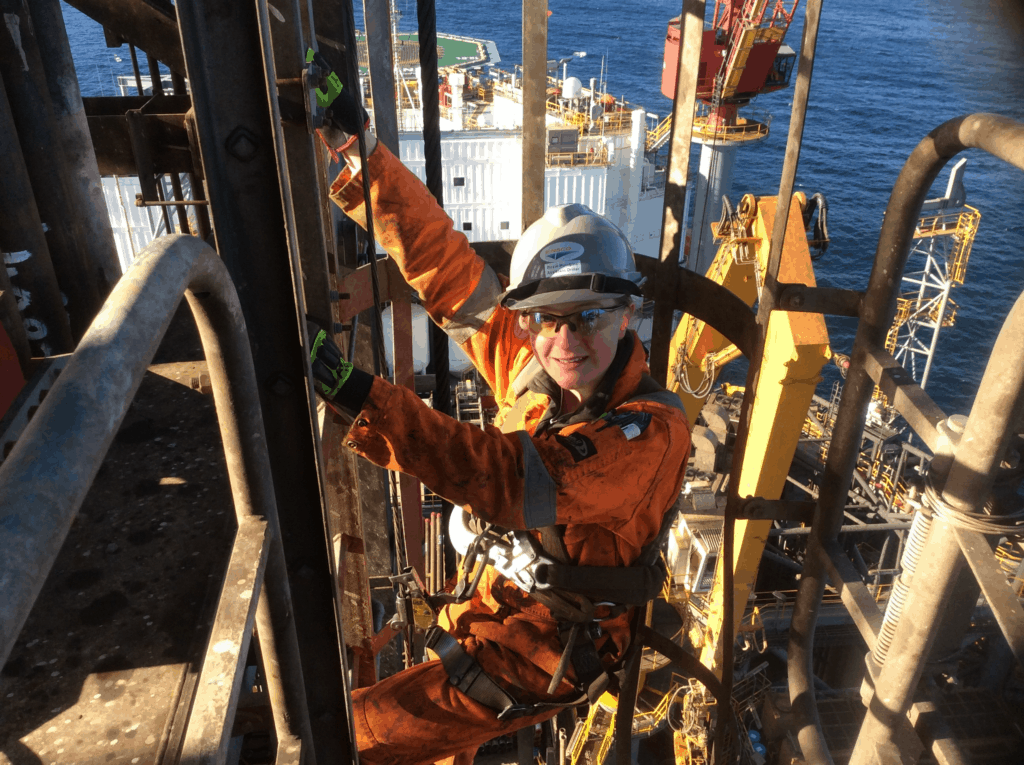 A native of Cork, Ireland, Rosie pursued a bachelor’s degree at the University of Plymouth to study physical geography and geology, and she graduated with honors. Her first job offshore was as a mud logger, a junior geological position at a service company. After a few hitches offshore, Rosie wanted to pivot her career in a different direction: she wanted to work on the rig floor.

Two years later, Rosie landed a role with Ensco, a major drilling contractor. She worked in an entry level position, called a roustabout, to pursue her dream of working up to a job on the rig floor.

“It is a rewarding and brilliant place to work and no one should feel like they aren’t able to pursue it!” – Rosie Hutchins, Assistant Driller

From the moment Rosie stepped foot on a drilling rig, she found a satisfying job that challenged her daily. Rosie shared, “Of course every job has its ups and downs and this job is anything but easy, however it is varied and interesting, sometimes challenging and often rewarding.”

She also credited her crew for making it a welcoming environment. “When you are on a good crew, as I am lucky enough to have been, there is an immense sense of camaraderie, “said Rosie with pride

Back on the monkey board with a pipe in hand, Rosie felt terrified, yet ready to achieve her task. She threw the stand into its place and felt an immense sense of achievement. This new roughneck had aced her task.

Working as a roughneck and accomplishing jobs, such as tripping pipe on the monkey board, Rosie gained a new level of confidence to maintain a long-term career offshore. In total, Rosie has worked 9 years offshore, making her way to the position of assistant driller with Valaris.

As an assistant driller, Rosie currently has a wide range of responsibilities. These range from supervising the daily drilling activities, operating rig floor equipment and performing down-hole or well control calculations, to organizing the people and equipment needed for upcoming operations. 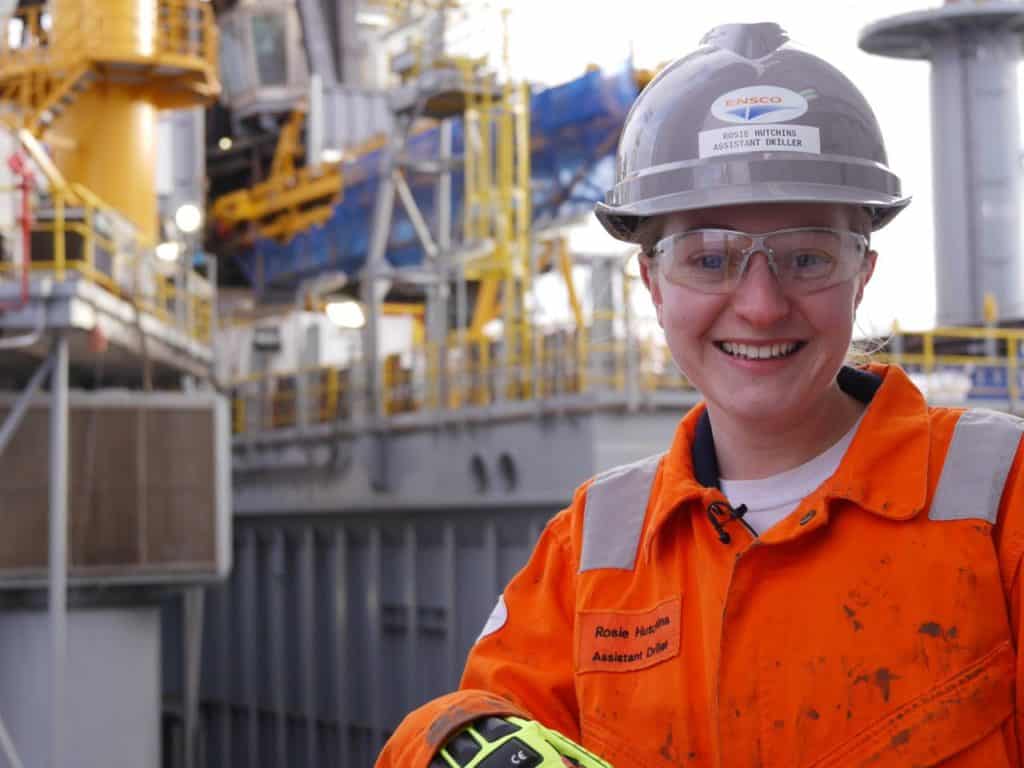 Very few women work offshore, and of those, not many have held the role of assistant driller in the offshore energy industry. It was reported in 2017 that just 1,681 women travelled offshore in the North Sea, representing over 3 percent of the workforce. However, Rosie has hope that this is changing. Throughout her career, she has seen an increasing number of women working offshore. “I have noticed a steady increase in the number of women offshore generally over the last 10 years and particularly in roles which would have previously been perceived as more male dominated,” said Rosie.

Rosie believes that more women can pursue jobs offshore and does not want a woman to shy away from the challenge. She wants any woman considering the industry to know that “it is a rewarding and brilliant place to work and no one should feel like they aren’t able to pursue it!”